Enjoy 10% off your next order

plus hear about our newest gourmet creations, special offers, and more

We won’t send you spam. Unsubscribe at any time.

We use cookies to ensure that we give you the best experience on our website. Please read our Privacy statement for more information.
IT'S OK more info

Indulge your sweetie this Valentine's Day with a delicious gourmet bakery gift! Order from our finest cakes, cupcakes, cookies and more and let them know how much you care! 5% of all Valentine's Day sales will go to the American Heart Association.

The Mother's Day Basket - Sold Out

Instead of telling them you love them, show them! The act of showing one's love goes back many years, starting with the Romans and ending with what we now know as Valentine's Day. The holiday originated from a pagan ritual that honored Roman gods. The festival of Lupercalia was celebrated by the Romans in mid-February. This event was a celebration of health and fertility and took place to eliminate evil spirits. It also marked the start of spring. It was tradition for the men to pick women's names out of a hat in a type of lottery. This was a very primitive matchmaking system, which eventually was seen as inappropriate. Lupercalia eventually morphed into what is now known as Valentine's Day.

The Catholics were the ones who told the story of St. Valentine and spun it into a holiday. The history of why we call it Valentine's Day is somewhat vague. Supposedly one Roman emperor prohibited men from getting married, because he wanted them in his army and didn't want them to have any distractions. Valentine (a priest) apparently disagreed and secretly officiated marriages. He believed that love was more important than anything. Another idea is that Valentine was sent to prison after helping others escape from jail. Legend has it that he sent what is known as the first message of love after he fell in love with a woman who visited him while he was imprisoned. Apparently, he signed it "From your Valentine," and that is where the phrase comes from.

This way of referring to yourself as "your valentine" is still popular today and can be seen on millions of cards each year. The earliest valentines were exchanged in the 1500s. Companies eventually saw a there was a demand for them, and a gap in the market. Valentine's Day cards were then mass produced for people to purchase. A card that shows your affection is something people have come to expect on February 14th. Many cards depict Cupid, the Roman god of love on them.

It can be difficult to express emotions, especially love. Actions speak louder than words, so send a gift that says, "I love you". A cake that says you love them is a must-have for Valentine's Day. Send your special someone an unforgettable bakery gift. Theyâ€™ll be extremely touched that you remembered. Itâ€™s a sentiment that will last forever. 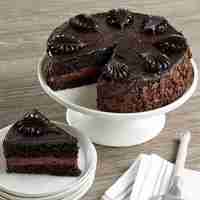 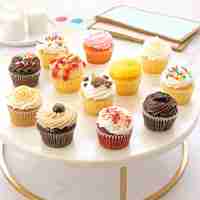 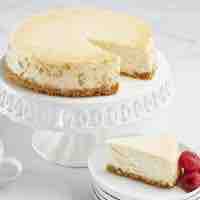 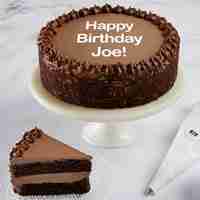 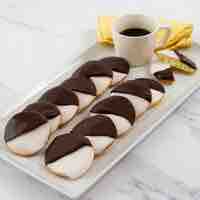 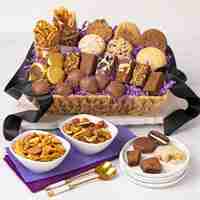 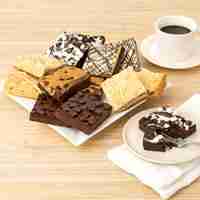 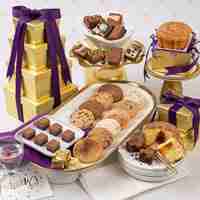 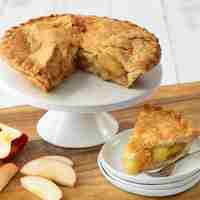 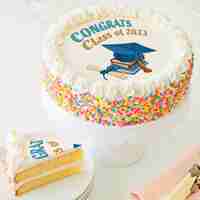